Confession: I love anything that involves a theme. Maybe a little too much. So with Cinco de Mayo fast approaching I’ve been feeling the need to make more Mexican cuisine than usual.  Have you ever tried making your own corn tortillas? I always thought it would be difficult and time consuming….I was so wrong. Over the weekend I picked up a bag of masa harina, a traditional flour used for making tortillas. Here’s the best part, I don’t even have a recipe to share for the tortillas because it’s this simple: masa harina, water, and salt. The ratios were on the bag based on how many tortillas you want to make so I followed that. The best part about these? They are GLUTEN FREE!!!! I haven’t had a decent tortilla since I had to cut out gluten a year and a half ago! To be fair, I also cut out corn but realized last fall that I can add some in without problems (yay!).

How good does this look? 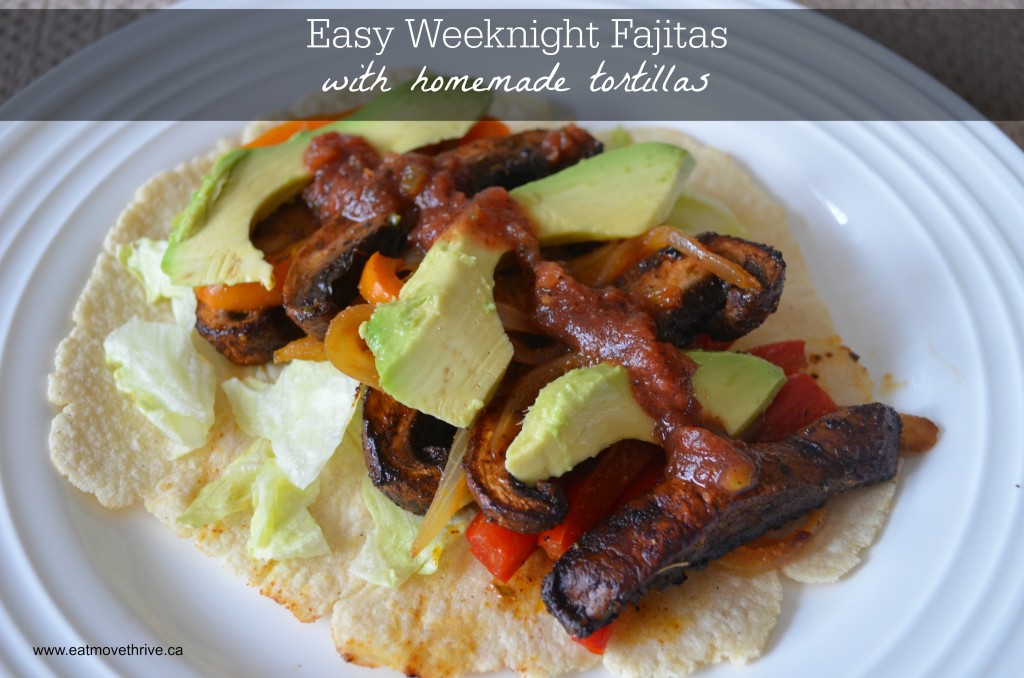 I made cooked tortillas while everything else was sauteing so let me back up a step. I made a fajita marinade with the juice of one lime, 1 tsp of oregano, 1 tsp of cumin, and 1 tsp of chilli powder, 1/2 tsp of sea salt, 2 Tbsp of olive oil, and some freshly ground pepper. Last night we made this with sliced portobello mushroom caps but this marinade is also amazing with steak or chicken. I sliced up a sweet onion, red pepper, and orange pepper then fried those up but left them just a bit crispy. The whole meal came together (including making the tortillas!) in just 20 minutes. I had the mushrooms soaking in the marinade while I prepped the veggies and made the tortilla dough (is it called dough for tortillas? I don’t know) and then had everything cooking on the stove top at the same time.  We topped them with iceberg lettuce, avocado, and salsa. I have a feeling you’ll soon be seeing another recipe involving these tortillas since now I have to try them out with tacos. In fact, I would venture a guess that you’ll be seeing that recipe next week 😉 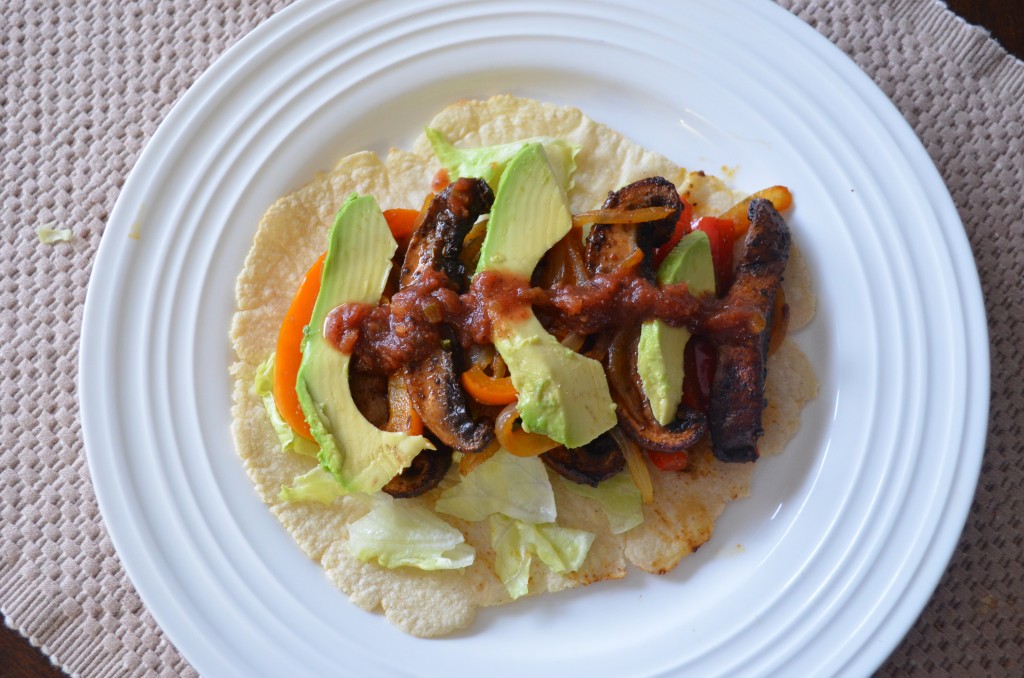