Spring is in the air and many people are trying to figure out a 5 k training plan that will get them off the couch and hitting the pavement.  But which learn to run program is best for you? I will be the first to admit that I am NOT a great runner. I tried and failed more times than I can count until I found a 5 k training plan that worked for me. I initially tried to get started with the Couch-to-5 k plan but never really found that it worked for me. While I was able to work up to running for 30 minutes or more at a time, I was never hitting the 5 k distance because I was running so slow.  I figured I just wasn’t meant to run and left it at that (not to mention the fact that because of my old injuries I was told to lay off the running….but that’s another discussion for another time). In the spring of 2014 I decided to sign up for Mud Hero which meant I had to find a way to learn to run….and preferably at a decent pace so that my friends wouldn’t leave me somewhere in a mud pit. 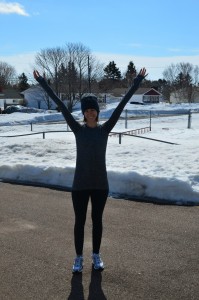 I looked around and came across the Hal Higdon training plans and decided to follow his novice 5 k plan. I absolutely LOVED the distance based running program and while I’ll never been an avid runner, following this type of program really worked for me! Now, I’m a scientist so I really felt the need to get geared up properly so I could track my runs (I found it really helpful but I know it’s not necessary). I picked up a Garmin Forerunner 10 GPSWatch to track my distances and I felt like that was the right tool for me to help me visualize what I was doing and see some stats (geek, I know). 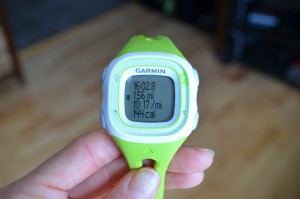 Mud Hero didn’t work out last year due to a tropical storm that crashed through the region the day of the race, so I’m signed up again this year. My first run is over with and I’m to say that it went MUCH better than last year’s first run. In fact, I daresay I actually enjoyed that run…..maybe that’s a sign of good things to come???

Question: Are you a runner? Do you want to be a runner? What’s your running story?